At the Buffalo Pinball Summer Open ’18, players will compete for cash prizes, trophies, World Pinball Player Ranking points and qualification toward the Stern Pro Circuit Final in this IFPA-endorsed event.

The event will consist of four tournaments: A single, main tournament (qualifying Friday and Saturday, finals Sunday), two classics tournaments (one Friday, one Saturday), and a women’s tournament (Sunday).

The tournaments are open to players of all skill levels, and there is no limit to the number of players for the main or classics tournaments.

On the shore of the Niagara River, the Sandy Beach Yacht Club will provide a one-of-a-kind setting for this year’s tournament — just five miles from the brink of Niagara Falls.

The Buffalo Pinball Summer Open is on! For more information including schedule, Twitch stream information and more, visit: http://www.buffalopinball.com/papacircuit

Current tournament standings are at http://www.neverdrains.com/bpso2016 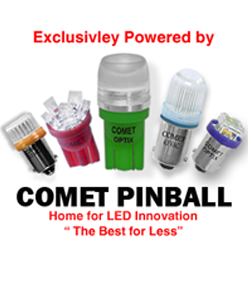