Before diving into format and rules, it’s important to know that at the heart of it, The Buffalo Pinball Team League is a CASUAL competitive league, with an emphasis on it being casual. It’s perfect for all skill levels. If you’ve never played pinball before, perfect, this is for you. If you’ve been playing for years, this is also for you. Its emphasis is on fun and it’s self-officiating.

The Buffalo Pinball Team League (BPTL) is a coed adult team league that is played at pinball friendly locations across the greater Buffalo Area. Each team scores match points based on the results of the individual pinball games — 2 points for Doubles games and 1 point for Singles games. At the end of each match the team with the most match points records a match win, while the other team records a loss. League standings are based on a simple win/loss record with cumulative match points serving as a tie breaker. The final league night will involve playoffs with teams that are on par record wise in the standings.

Teams consist of at least 4 players, and no more than 6. Of these, 1 or 2 players will act as the team “Captain.” Captains are responsible for organizing their team and corresponding with the league about match results. Captains also serve as team representatives in each of the matches. Prior to the start of each season Captains must register their teams, submit their rosters to the league, and select a “home” location where they will play their home matches. If a team would like to make a roster change, at any point during the season, then that team’s CAPTAIN must submit a request to the league organizer.

Each match consists of 1 Doubles round, 1 singles rounds, 1 split flipper round, and 1 relay race round. Scoring is based on a simple game to game win/loss basis. Game winning teams earn match points and at the end of the match the team with the highest number of match points earns a match win.

Matches are designed to feature a minimum of 4 players from each team (with the exception of the relay race). A team may compete with only 3 players in attendance, but they do so at a penalty (see: Attendance).

League standings are based primarily on a simple win/loss record. Season long cumulative match points are used to break ties at the end of the season, so it is important to play every game during match play — do not end a match early simply because one team has earned the minimum 9 points necessary to record a match win.

League play is structured with the assumption that at least 4 players from each team will be in attendance at every match. In order to maintain the integrity of the competition, we ask that each team strongly adhere to this rule. Teams are highly encouraged to keep extra players on their roster to accommodate those unforeseen occasions when one or more players is unavailable to compete. Teams may compete, at a penalty, if only 3 players show up, but any less will result in a forfeit. Should a team repeatedly attend with fewer than 4 players, then they may be asked to step out of the league. 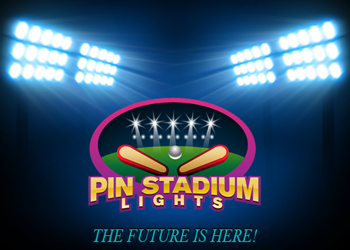 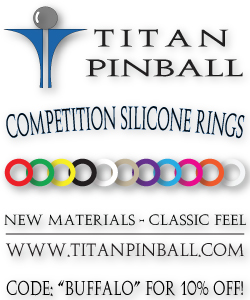